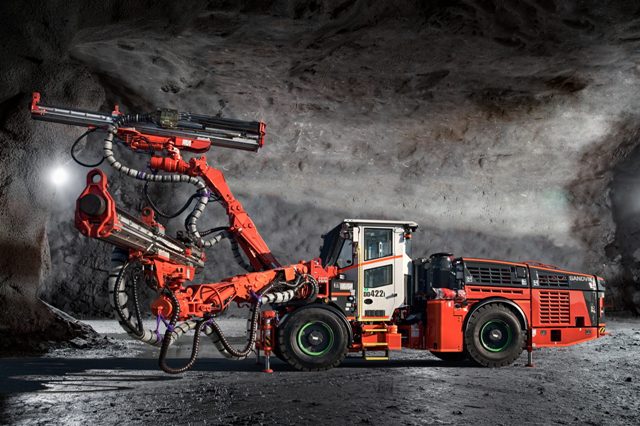 ICRA Ratings expects a healthy uptick in demand for the mining and construction equipment (MCE) industry in CY2021 primarily driven by strong volumes in Q1 CY2021 (around 40% of annual estimated volumes), in the backdrop of the Government’s infrastructure impetus. The second wave of Covid, however, along with the increase in equipment price, following changes in emission norms and steep rise in input costs, in addition to erratic monsoons, did impact volumes, post Q1 CY2021. Growth for the full year CY2021 is estimated to remain at around 15-17% compared to the earlier estimates of 15-20% growth; optically appearing high due to the base effect following two weak years (CY2020 and CY2019). Notwithstanding strong growth in CY2021, the overall volume is expected to remain around 15% lower than the CY2018 level.

Commenting on the trends Mayank Agrawal, Sector Head and Assistant Vice President, Corporate Sector Ratings, ICRA said, “Patchy monsoons, together with price increase, against a backdrop of stagnant equipment rental yields, has impacted customer sentiments and in turn the volumes. In Q2 CY2021, while the low-base effect supported YoY growth of 78-80%, the volumes remained about 30% lower than Q2 CY2019 as the second wave hampered the sales momentum. Unlike earlier estimates, the impact of pre-buying in Q3 CY2021 was limited as much of the CEV-III inventory was absorbed in H1 CY2021. Thus, price increase due to the emission norm change kicked in much ahead of the actual cut-off. While the volumes are expected to increase sequentially in Q3 and Q4 CY2021 compared to Q2 CY2021; it will remain weaker compared to Q3 and Q4 CY2020.”

Equipment utilisation levels remained moderate during the period, at the same time the cost of ownership increased due to increase in equipment and fuel cost, thus putting pressure on the rentals, thereby impacting profitability of the CE operators. Changes in emission norms to CEV IV is estimated to have increased cost by 10-15%, whereas a steep increase in input cost (steel and freight) has contributed to additional 5-10% rise. The sharp increase in new equipment prices has also resulted in increased demand and consequently prices of used equipment. Despite the prevalent supply chain issues, the impact of chip shortage on the CE segment has been relatively modest, compared to the automobile industry. Though, ICRA’s interaction with industry participants suggests continuing challenges for spare parts, especially imported components.

Speaking about the outlook, Agrawal adds: “ICRA’s outlook on the industry remains Stable, in the backdrop of Government infrastructure push and favourable growth prospects. Most OEMs witnessed improvement in profitability during FY2021, supported by strong recovery in volumes from August 2021 onwards. However, commodity headwinds and increased cost of logistics will weigh on profitability in FY2022e. While cost increases associated with CEV-IV change and increasing input cost have been passed periodically by the OEMs, relatively volatile demand curtailed their ability to pass it on fully. Future hike in price of equipment remains inevitable. Given the significant dependence on FTBs/retail buyers together with high-base effect, we estimate YoY volume contraction in Q4 CY2021 and Q1 CY2022. With expected easing of supply-side constrains and continued infrastructure push, ICRA expects volume growth of 7-10% during CY2022. Nevertheless, increasing cost of ownership, muted rentals or any slowdown in infrastructure activity poses downside risks to our estimates.”