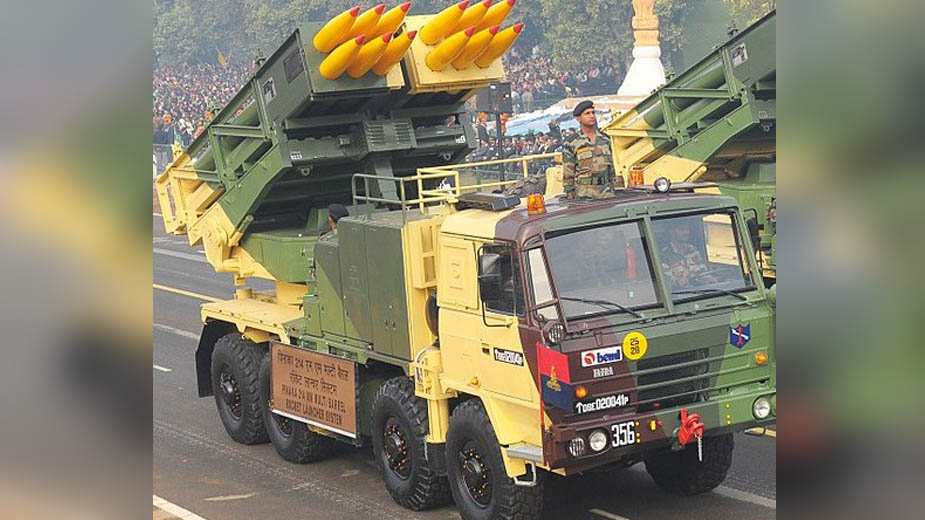 Godrej & Boyce has announced that its business unit Godrej Tooling had partnered with the Ordnance Factory Chandrapur, Maharashtra to conceptualise and develop an indigenous Automated Assembly line for production of Pinaka Rockets, that was inaugurated by the Defence Minister Rajnath Singh and dedicated to the nation. The new automated assembly line has not only enhanced productivity but also comes equipped with advanced safety features to handle rockets filled with explosives and live igniter.

Godrej & Boyce’s journey to design and develop the new automated assembly line began in 2016 as Ordnance Factories were facing the challenge of scaling up productivity substantially to meet the growing demands of our defence forces. Godrej Tooling completed the entire project from designing a solution to installation and commissioning in a year. With this automated line, the Ordnance Factory Chandrapur has been able to quadruple its production capacity for Pinaka rockets.

The key advantages for OF Chandrapur include deskilling of operations, real-time quality monitoring of production, automated safety features, 4X increase in productivity in addition to greater availability for the defence forces.

“As India’s commitment to develop self-reliance in production and development across strategic sectors gathers speed, our business units are partnering with key defence organisations like Ordnance Factories to engineer and innovate new automated solutions that will increase our defence production and fulfil the vision of Atma Nirbhar Bharat,” said Jamshyd N Godrej, Chairman and Managing Director, Godrej & Boyce.

“The Pinaka assembly line was selected in view of the increased demand in production of Pinaka rockets and the headroom available for process automation. There was also a need to reduce human intervention in the process to ensure high productivity and consistent quality. Committed teams from OF and Godrej Tooling worked in unison to develop and integrate the new system in just 12 months”, said D K Sharma, EVP & Business Head, Godrej Tooling.

The Ordnance Factory Board had invited Godrej Tooling to undertake a study to determine the areas which could be automated at their works in Ambajhari, Chandrapur, and Bhusawal with specific proposals in consultation with various OFs for meeting their priority requirements. In response, the Godrej Tooling design team carried out extensive studies of current manufacturing processes which included in-depth interactions with the factory personnel to arrive at a list of operations that could be automated. This list included a project of automating the Pinaka rocket assembly line at Chandrapur.

To demonstrate the concept of automation as envisaged by Godrej Tooling, a full stage mock-up station was built. Extensive trials were carried out to prove that some of the complicated assemblies could be automated using Godrej Tooling solutions. It was only after witnessing successful trials that the OF team gave approval for the automated system.

Challenges to ensure safety and scale were paramount as the line handled rockets weighing 300 kgs filled with explosives and a live igniter. Hence, all electrical equipment had to be flame-proof and the handling had to be with minimum or no impact. Many components needed to be joined with each other where access was difficult, and the visibility was limited. Godrej Tooling designers and engineers created a novel solution to overcome these challenges as well as integrate the line with OF supplied equipment.