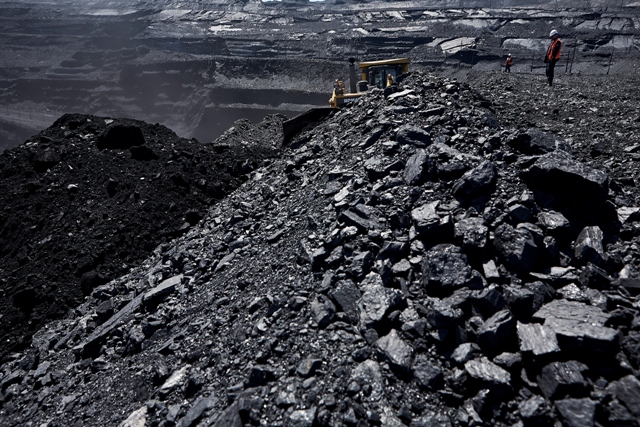 India is a home to abundant mineral resources and enjoys a topographical advantage. Mining has been one among the key economic contributors. The country’s strategic location and abundance in mineral reserves has always provided an upper hand in regards to exports to foreign counterparts. The sector has always been a favorite in attracting foreign investments and over the years has seen an increased participation from private players.

But, the pandemic of Covid-19, which shook the global economies, resulted in severe roadblocks on the growth saga of India’s mining industry. The sector though is on its recovery mode still has a long way to regain its lost galore. To combat these growth hiccups the industry is today seeing a proactive growth approach. From new technological developments to increased private participation and more feasibility towards leasing options, the Indian mining industry is seeing an all-round evolution in its growth operations.

Sector at a Glance

According to the recent data disclosed by the metals and mining department, in FY21 the number of reporting mines in India are estimated at 1,229 – of which 545 are metallic minerals and non-metallic minerals at 684. A recent study disclosed by IBEF states that the country’s coal production stood at 715.95 million tonnes in FY21, wherein April 2021 alone had 516 lakh tonnes. Iron ore production in the country was registered at 189 million tonnes in FY21. A slight rise was seen in the export figures especially in May which stood at US$574.56 million as against US457.05 million in the same period a year ago. In FY21, India’s crude steel production stood at 102.49 million tonnes. According to worldsteel, crude steel output in India registered a 46.9 per cent YoY growth to reach 9.2 million tonnes in May 2021, as compared with 5.8 million tonnes of crude steel output registered in May 2020.Production of aluminium stood at 3.65 MT in FY20. In value terms, aluminium export from the country stood at US$ 20.18 million in FY20.

As per the market analysis report published by ResearchandMarkets, the outlook for mineral commodities is set to improve as the economies worldwide are rebounding from the pandemic. The rollout of vaccines and large scale vaccination drives has brought in a sense of positivity among the economic activities. Though a strong recovery was anticipated in the early 2021 from India, the country was hard-hit with the second wave of pandemic, which again slowed the pace for the mining industry. Due to which, India’s coal production is now expected to grow at a slower pace – i.e. at just 1 per cent to 766.9 million tonnes in 2021. However analysts and market stakeholders remain optimistic about the sector’s growth pace to improve with the entry of more and more private players. Other countries that are expected to register a stronger performance include the US (11.3 per cent) and Russia (8.4 per cent).

Push from the Government

Mining has been and continues to be one among the key economic contributors towards India’s GDP. To ramp up the production capacities and growth opportunities for India’s mining industry, the year witnessed the Modi-led Government rolling out a slew of initiatives. A major among them has been the reforms and amendments in the policy measures. As an encouragement to scale up production capacities and maximum utilisation of government mining companies reforms were brought in the Mining and Mineral Policy. This saw the country’s steel PSU major Steel Authority of India (SAIL) accelerating the sale of iron ore with the approval to sell 25 per cent fresh fines and 70 million tonnes dump and tailings.

In June 2021, the Union Cabinet, chaired by the Prime Minister Mr.NarendraModi approved the memorandum of understanding (MoU) to be signed between the Ministry of Mines and the Secretariat of Mining Policy of the Ministry of Productive Development of the Argentine Republic. The MoU will provide an institutional mechanism for cooperation in the field of mineral resources. The same month also saw Energy Efficiency Services Ltd inking a MoU with MECON Ltd to support energy efficiency in steel and mining industry. This was followed by other major development in the month of July wherein the Odisha government approved five key industry projects amounting to Rs.1.46 lakh crore to boost steel production capacities by 27.5 million tonnes.In April 2021, the directorate general of foreign trade (DGFT) notified that the import policy for copper and aluminium is amended from “free” to “free with compulsory registration” under the non-ferrous metal import monitoring system (NFMIMS). The policy is effective from April 12, 2021.

A similar approach was also seen during the announcement of Union Budget 2021, wherein the government reduced customs duty to 7.5 per cent on semis, flat and long products of non-alloy and stainless steels. The move was put forth as a relief measure to support the growth pinched MSMEs. Furthermore, the Government also announced a reduction on import duty on copper scrap from 5 per cent to 2.5 per cent. Considering the growth potentials and future demand curves, the National Steel Policy aims to boost per capita steel consumption to 160 kg by 2030-31. Wherein the Government has already fixed an objective to scale up the rural steel consumption from the current 19.6 kg per capita to 38 kg per capita by 2030-31.

Recently, the Ministry of Coal has permitted sale of 50 per cent of annual output from the captive mines. The move is expected to bring an ease on the power plants and will also aid in import substitution of coal in the country. In a recent statement, the Ministry disclosed, “The Ministry of Coal has amended Mineral Concession Rules, 1960 with a view to allowing sale of coal or lignite, on payment of additional amount, by the lessee of a captive mine up to 50 percent of the total coal or lignite produced in a financial year, after meeting the requirement of the end use plant linked with the mine."

Furthermore, the Centre has also brought in provisions allowing mining lease to a government owned company or corporation for a coal or lignite for a period of fifty years. The Ministry of Coal in its statement informed, “Grant of mining leases for a period of fifty years shall boost seamless continuous production of coal or lignite by the Government companies or corporations contributing to the coal/lignite security of the nation. The said period of fifty years can be extended by period of twenty years at a time upon an application made to the state government. Therefore, enlargement of period of mining leases shall reduce multiplicity of applications for extensions, thereby ensuring continuity in mining operations.”

Despite, its growth hiccups the sector has always remained in action and has been a favourite investment opportunity for the market stakeholders. Early in the year, in February, ArcelorMittal-Nippon Steel India signed an agreement with the Odisha Government to set up an integrated steel plant worth Rs50,000crore. This was followed by the inauguration of two new iron ore mines in Odisha in the same month – with a production capacity of 15 lakh tonnes er month and ~275 million tonnes of consolidated iron ore reserves. The company has also entered into a deal with Total, a French energy major, for the supply of up to 500,000 tonnes of liquefied natural gas per year until 2026.

The country’s mine major Coal India Ltd (CIL) hasannounced its plans to invest Rs1.43 lakh crore in wide spectrum of initiatives –involving solar, thermal and aluminium projects. The PSU has already incorporated two wholly owned subsidiaries – CIL Solar PV Ltd and CIL NavikarniyaUrja Ltd. 32 new coal mining projects were approved by CIL in March 2021, of which 24 are focused on the expansion of existent projects and remaining are Greenfield. The projects are anticipated to be of worth Rs.47,000crore. To enhance its tech expertise CIL also procured dumpers from Belaz, a Belarus based mining equipment manufacturer for the procurement of dumpers involving an investment of Rs.2,900 crore. In addition, CIL has also signed a contract with Iz-Kartex, (a Russia-based shovel manufacturing firm) to purchase 11 Russian rope shovels worth ~Rs. 1,462 crore.

Private majors’ like Vedanta Ltd has been keen on exploring the potential of next-gen technologies and upgrading their tech-base to be in pace with the ‘New Normal’ conditions. Vedanta has signed a memorandum of understanding (MoU) with research institutes in India for exploring ways to create value from bauxite residue for further usage in the company’s downstream segment. Companies like Vedanta and Bharat Aluminium Company (BALCO) have been keenly investing in smart technologies—such as digital smelter solution for human-less monitoring of operations, advanced data analytics for predictive and prescriptive analytics, vision analytics for identification of hot spots in ICTs network to improve asset reliability—to boost production.In May 2021, Vedanta Ltd. announced its plan to invest Rs.10,000crore (US$ 1.34 billion) in setting up an aluminum park in Odisha to facilitate companies that use metal to set up their manufacturing units in the facility.

The Government’s infrastructure based growth approach and increased focus on infra-improvements backed by the plunging need to address the power and energy crisis is expected to further scale up the growth opportunities for India’s mining industry. The sector which once remained at its peak of galore is expected to regain its lost shine with proactive investments and increased participation from the private arms. However, the country’s mining industry, which is currently witnessing a slump in growth and stock figures, has numerous growth hiccups to overcome and bounce back to its economic stronghold. The path ahead thus draws an interesting canvas for India’s mining industry to identify new growth areas and once again emerge as a lead contributor towards the country’s GDP.