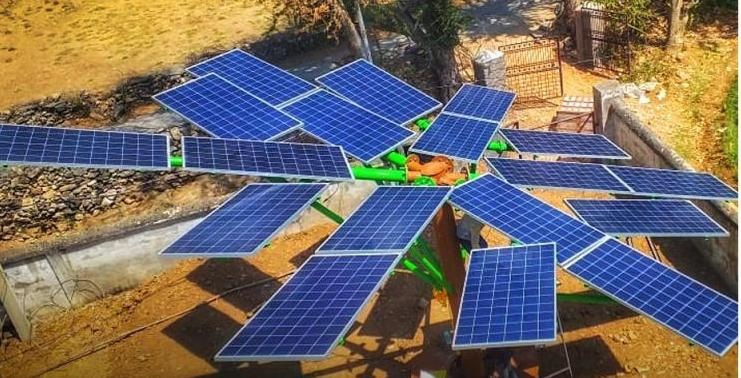 Renewable energy or solar energy is no longer a choice for increasing power generation capacity. It has become imperative to integrate a highly technological infrastructure to generate solar power and meet high energy demands. Being one of the most affordable producers of solar energy, the country drives the growth of the energy sector. The continuous drop in renewable energy cost makes the country realize the benefit of affordability in installing solar power systems than running coal-fired plants. The costs for setting up PV projects in India have significantly dropped by 80 percent between 2010 and 2019, according to an analysis report shared by IRENA in 2019.

Solar power systems significantly contribute to environmental sustainability. The other sources of energy production such as coal, oil and natural gas contribute to one-third of global greenhouse gas emissions. According to the estimates, around 85 percent of thermal energy production in the country is still coal-based which is the biggest cause of immense water and air pollution. As per the IEA analysis, the steps taken to ensure energy efficiency improvements in India cut 15 percent of additional energy demand, oil and gas imports, and air pollution and 300 million tonnes of CO2 emissions between 2000 and 2018. Considering the factors of environmental sustainability, the government of India ramps up its effort to transition to the adoption of solar power.

India has proven to be a leader in solar development. It has achieved its target of 20 GW by 2022, four years earlier than expected. To further help the country with the rapid transition to solar power, the Union Budget 2021 has announced the allocation of about ₹1.97 trillion from the financial year 2021-22. It will help bring scale and size to the solar photovoltaic (PV) manufacturing sector with a commitment of ₹45 billion for high-efficiency solar PV modules manufacturing. Additionally, to boost the overall growth of the renewable sector, the Union budget has proposed to allocate an additional fund of ₹15 billion to the Indian Renewable Energy Development Agency (IREDA) and ₹10 billion to Solar Energy Corporation of India (SECI). Apart from this, the Finance Minister has also announced the launch of the National Hydrogen Mission to produce green hydrogen using renewable power sources. It will also involve the development of infrastructure, framework standards and regulations for hydrogen technologies with facilitative policy support and target-oriented research and development.

The continuous efforts by the Government of India in installing solar rooftops on public buildings, airports, railways networks, educational institutions, residential sector and commercial complexes are in full swing. Still, there are several challenges that the Indian solar sector has to overcome in order to manage large-scale solar facilities. To remove the hurdles, the industry players in the renewable energy sector are harnessing the power of Artificial Intelligence.They are leveraging AI’s abilities supported by other emerging technologies such as IoT, sensors, big data, etcto provide predictive capabilities, improvement in forecasting and asset management. Furthermore, automation in solar systems also drives operational excellence, cost efficiency and production units.

To accelerate the shift to solar energy, the Government is introducing huge solar plant schemes and offering incentives to households for solar panel installation. For instance, the government has recently launched a Grid Connected Solar Rooftop Programme to achieve a cumulative capacity of 40,000 MW from Rooftop Solar (RTS) Projects by the year 2022. The scheme provides a Central Financial Assistance (CFA) to the residential sector based on the production capacity. The government is implementing the scheme through Power Distributing companies (DISCOMs). Thus, a customer who plans to seek CFA can directly approach the DISCOMs operating in the area. With this scheme, there will be a steep surge in the production of energy which will require an adequate infrastructure for the evacuation of solar power injected into the grid.

The widespread use of solar energy significantly reduces the impact on the environment. It utilizes the most abundant raw material in existence -the sun. Geographically, India is positioned near the equator and that contributes to the maximization ofthe country’s solar energy potential. Further, with advancements in technology of solar panels and increasing efficiency, it could be an appropriate time to adopt the technology solutions for households and governments alike.