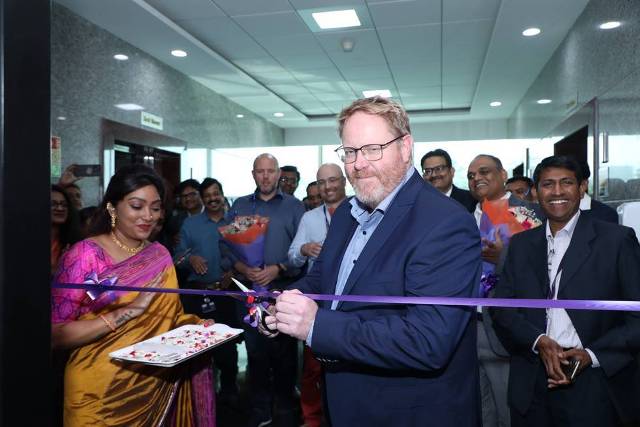 Siemens Gamesa Renewable Energy will expand its operations at its centre in Bengaluru, Karnataka, India, by inaugurating its second office providing additional workspace of 76,000 sq. feet and will be home to a work-force of more than 500 engineers. The new facility is in the Electronic city phase 2 of Bengaluru, a city recognized as a major engineering and software hub internationally. The centre is one of the three major Research & Development hubs for Siemens Gamesa globally, the other two being in Spain and Denmark.

In December 2018, the engineering centre was inaugurated with 500 engineers on board and over the last three years the centre has more than doubled its workforce, adding 600 engineers and underlining Siemens Gamesa’s commitment to India.  The facility now employs 1,100 engineers and the number is expected to grow further in coming years as renewable momentum builds in the country.

The centre supports global engineering and technology requirements pertaining to software and engineering design for onshore and offshore wind turbines as well as service technology including software systems for wind farm monitoring and control, enhancements towards cybersecurity compliance and digitalization of business processes.

Going forward, the Centre plans to build on new age digital technologies such as artificial intelligence and machine learning to help create the next generation of wind turbines for Siemens Gamesa.

“Digital technologies are key levers to develop powerful turbines and increase turbine performance in operation. Here at our Engineering Centre in Bengaluru, our highly qualified colleagues have demonstrated through their commitment and ideas how digitalization can drive the green energy transition. India is one of the most important engineering hubs in the world, and I am excited about this milestone. We look forward to further integrating this new location into our international R&D network to foster international growth,” said Morten Pilgaard Rasmussen, designated Chief Technology Officer (CTO) of Siemens Gamesa.

Commenting on the occasion, Venkata Ramakrishna Ramayanam, Head of the Bengaluru Engineering Centre, said: “We are happy to have played an impactful role in our global R&D projects. Our growth over the last three challenging years is a testament to our contributions and to India’s software and engineering talent pool. It’s about the innovation and speed that India offers. We are confident that the skill and talent available in India will help Siemens Gamesa to design and build the next generation of wind turbines.”