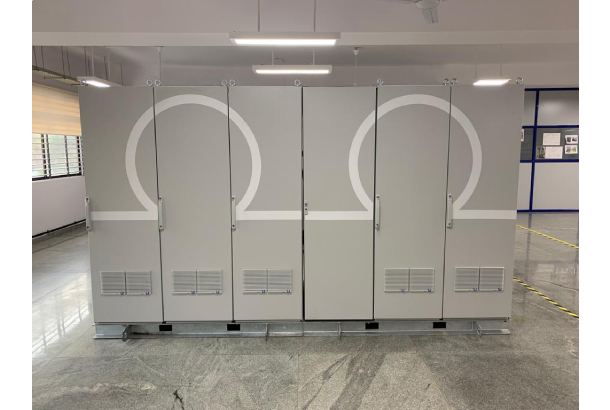 Renewable energy startup Ohmium International through its Indian subsidiary has launched India’s first Green Hydrogen Electrolyzer Gigafactory at Bengaluru. The proton exchange membrane (PEM) hydrogen electrolyzer is at the heart of production of Green Hydrogen as it uses power generated from renewable resources to break water into hydrogen and oxygen. While a number of corporates have announced plans to produce green hydrogen, the manufacture of electrolyzer by Ohmium will ensure availability of end-to-end solution within the country and cut down dependence on imports for this key equipment. The company aims to become a pioneer in enabling the production of Green Hydrogen in India, thereby making the nation ‘AatmaNirbhar’ in clean energy.

Green Hydrogen, which is the pollution-free fuel of the future, is industry agnostic and will facilitate India’s transition to clean energy. With zero carbon footprint, the green hydrogen can be utilized for fertilizer production, refinery processing, steel production, conventional vehicle transportation with methanol blending, and direct hydrogen transportation in fuel-cell based vehicles. Green Hydrogen can also be stored and transported. During his Independence Day speech, the Hon PM said, “Green hydrogen is the future of the world. Today, I announce the setting up of the National Hydrogen Mission with the aim of becoming the new global hub of green hydrogen, and also its largest exporter”

“We are excited by the Prime Minister’s announcement and fully support India’s transition to a clean, safe and secure energy future. We are dedicating ourselves to serve the Prime Minister’s vision for an ‘AatmaNirbhar Bharat’, by supporting both the ‘National Hydrogen Mission’ and ‘Make in India’ initiatives. With the launch of its first Gigafactory, Ohmium supports India to march towards energy independence.  We are firmly aligned to India's vision and believe that we can make immense contribution towards this goal with our cutting-edge technology. By further boosting the production of Green Hydrogen within India, we aim to make the nation an export hub for green fuel.” said Pashupathy Gopalan, an Ohmium Investor.

“Climate change has been a prime focus for India with Prime Minister setting well-defined goals in areas of renewable and clean energy.  We are highly motivated by these goals. Ohmium has developed technology which can be both distributed and scaled-up. Our products are modular, high performance and high value.  This ensures that they can be utilized to achieve levelized costs of hydrogen which support the growth of India’s economy.  Ohmium’s technology is leading edge PEM with the bulk of PEM development in India.  Ohmium has established a Gigafactory which manufactures Indian-made PEM hydrogen electrolyzers.  The factory has a capacity of manufacturing approximately ½ GW per year today.  But, we can quickly expand that to 2 GW per year,” said Arne Ballantine, CEO & Co-Founder, Ohmium.