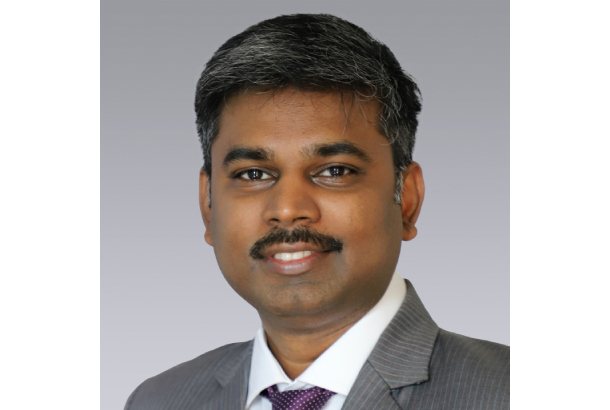 How is the market for Industrial Parks shaping up in India?
Industrial growth is paramount to the growth of the Indian economy and hence providing the necessary ecosystem for the same is critical. Industrial Parks have been in existence for many decades now and the lead in establishing the system was undertaken by government nodal agencies. Given that the government has an edge on shaping up growth of respective cities, strategic locations were identified in cities and towns to promote Industrial Parks. The lands were identified, acquired, demarcated and the government had provided only basic infrastructure such as roads, drains and power to enable industries to set-up their factories.  The allotment of land was predominantly on a 99-year leasehold basis to prospective industries with covenants governing usage of such lands only for specified purposes.
However, as industries are diverse in nature and their infrastructure needs being diverse and introduction of Special Economic Zones (SEZ’s) there was a paradigm shift in the way industrial parks evolved. The private sector also sensed an opportunity owing to the latent demand from industry and introduced various parks across the country. Some of the players who are prominent in this segment include Adani, Mahindra Life Spaces, Sri City, etc. In addition, the private equity and foreign funds / developers also participated in this segment and hence the likes of Ascendas (now Capitaland), etc, had evolved.
Challenges of acquiring land parcel, liaising with various agencies for approvals, clearances, etc, initial handholding in terms of pre-construction approvals, etc, were some of the aspects that Industrial park players work towards addressing for Industrial occupiers. Industrial parks are here to stay and grow given the strong industrial demand that exists in India.

Which are states that are registering the maximum growth in setting up Industrial Parks in India? Are the Tier III and Tier IV cities lagging?
While there are no exhaustive databases, the government is putting together a mechanism to track the growth of the organised Industrial Parks in the country through the Industrial Park Rating System (IPRS) coupled with a land bank repository India Industrial Land Bank which is a GIS enabled one-stop source for Industrial Park information to investors evaluating India and for Indian industrial park seekers. Every state in India focusses on local economy post the clarion call of the honourable Prime Minister to focus on becoming self-reliantIndia. States such as Maharashtra, Karnataka, Andhra Pradesh, Rajasthan, Gujarat, Uttar Pradesh and Tamil Nadu have the highest concentration of Industrial parks entered on Industrial Information System (IIS) by Ministries/ State Government.  The India Industrial Land Bank estimates that there are around 4500 Industrial parks with available land of around 1 Lakh hectare.  There are around 161 private parks that are enlisted in the land bank database.

We are coming across terminology such as eco and smart-industrial Parks? Can you please brief us about these?
Smart Industrial Parks was a nascent concept in the early nineties with Industrial park developers focussing on providing value addition and sustainable eco-system to park occupants.With the advent of technology and information becoming key to decision making Industrial park developers have now started focussing on industrial eco-systems that integrate latest technologies into efficient park operations. Keeping climate change in view and industries traditionally using more power parks are finding ways to actively minimize its carbon footprint. The key to a smart industrial park starts with a robust master plan which would be flexible to integrate multiple design as well as functional aspects that make an industrial park “smart”. There is immense pressure on park developers to focus on sustainable development particularly in the context of increased awareness of climate change has become an increasingly significant factor in business operations and decision-making for ‘green growth’; Integration of industrial park with the broader urban landscape of residential and mixed usage; Digital transformation owing to technologies related to Industry 4.0; Itis critical that industrial parks adapt to these trends successfully to achieve their objectives.  One of the widely quoted examples of Smart Industrial Park is the Suzhou Industrial Park (SIP) in China which has facilitated innovative industrial development, economic globalization, and urban modernization.
On the other hand, green or eco-industrial parks adopt a development plan to ensure and increase the sustainability and wellbeing in urbanized areas given rapid urbanisation in the country. It is comparable to a common urban planning concept of harmonizing city with nature, restoring the values of urban ecosystem, minimizing resource and energy consumption, and wisely taking advantage of ecosystem services. We can broadly define the eco-industrial park as one which pursues resource efficient, low-carbon, climate resilient and socially inclusive urban development, generating green job opportunities.

Even though the government is taking various initiatives for the growth of Industrial parks, the pace of development of Industrial parks is slow? What are the challenges facing Industrial parks developers?
Land is a scarce commodity as we are aware. Land which is contiguous and with clear underlying title in preferred locations suitable for Industrial Park development are hard to come by. Challenges of lack of master planning in greater city areas or periphery of the city where industrial activity is situated, aggregation of land, conversion of land use from other usages, etc are time consuming in the Indian context.  In addition to the above, land price escalation is one of the key impediments to the overall growth of Industrial Parks.

How will the Industrial parks sector turn up in the next three years?
In the next three years the focus of Industrial Parks would undergo significant transformation given the need for Industrial park players to keep pace with the needs of the Industrial occupier. The location decision for Industrial park occupier would need to balance not only the cost of land and amenities but also justify the overall business case which addresses infrastructure availability, connectivity, employee welfare, business support services, environment, safety and sustainability. Industrial parks with established connectivity in proximity to Industrial Corridors are expected to have a clear advantage in terms of uptake of Industrial land. Industrial Parks that have a robust park level ecosystem would be front runners in the race. The government continues to focus on increasing effectiveness of supply chain with focus of dedicated freight corridors and industrial corridors. From policy initiatives side, roll out of the Production Linked Incentives (PLI) Scheme, Atmanirbhar Bharat, etc, are expected to boost manufacturing growth in the next 2-3 years.