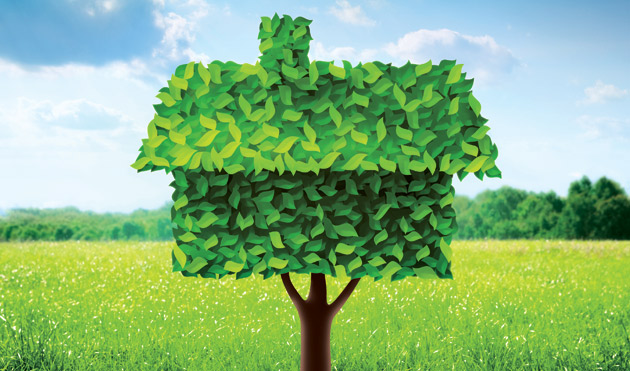 Green's the colour for Hyderabad's IT hub

Once a fad, green buildings are fast becoming the norm in the city's western corridor. From residential apartments to office spaces, buildings in the IT hub are turning environment-friendly as well as stylish.

According to data available with the Indian Green Building Council (IGBC), of the 250 IGBC-rated green building projects in Hyderabad, 63 are in the IT belt. These swank high-rises are now packed with sustainable features ranging from vertical gardens, a method of urban gardening that uses as limited space as possible by planting on walls, to installing 'sunpipes' - aluminium structures used to transport natural light into dark spaces.

"There is an increased focus on using renewable energy to power the campus. In addition to adding many more trees to the landscape, all the overhead lights were recently replaced with solar-powered lights. Even disposable cups and plates have been banned from our canteens and replaced with crockery that can be reused after washing," said Harshit Jain, an IT professional working with a leading IT company whose campus, located at Lingampally, is a 'Platinum' rated (highest rating as per IGBC norms) green building.

The count of such buildings, experts assert, is growing at a fast pace now as against five years ago when companies were not so forthcoming in adapting green features. And a primary reason is the pricing, which has since then dropped significantly. While the cost of installing a photovoltaic system (solar powered) in an office was priced at a whopping Rs 3 lakh earlier, the same now costs Rs 70,000-80,000.

"Many buildings are now installing combined wind-solar Hybrid Technology-driven turbines, of 1 KW or 1.5 KW. These structures ensure that there is renewable energy flowing in - from solar power during the day and wind power during the night. Many companies in the IT belt are also trying to replicate the evaporative cooling system that was installed by the Ascendas VIT campus recently," said S Srinivas, deputy executive director, CII Godrej GBC. He explained that the system, which sprays water on the condensers of air-conditioners, is capable of enhancing the power and efficiency of the device by nearly 20%.

The furniture being used in the offices have also undergone an overhaul, with many preferring to use desks and chairs made from Bagasse - a byproduct of sugarcane and essentially a waste product. In addition, they have also installed their own sewage and waste treatment plants, formed 'green teams' and are indulging in habits such as switching the elevators off post 6 pm, forcing employees to take the stairs instead.