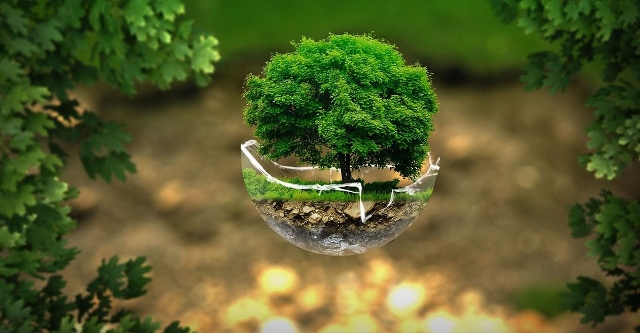 Global commerce is slowly, but steadily shifting towards adoption of cleaner forms of energy use, and the goal to achieve net zero carbon emissions over the next few decades has focussed our attention on the various aspects of green energy.

Green Hydrogen is one of the cleanest vectors of energy, produced using only renewable sources and when green hydrogen is utilized, it burns to produce pure water. As new technologies emerge, they bring with them new challenges, and green hydrogen is no exception. New technologies which require an overhauling of any existing commercial setup, not only comes with tremendous resistance from its naysayers, but is also viewed with scepticism by its proponents.

A simple search of the term ‘green hydrogen’ on the internet brings about innumerable articles written by experts and policymakers denouncing hydrogen technology altogether where at the same time we have similar experts and policymakers hailing the technology as a gamechanger and rejoice in its progress. Such diverse and conflicting opinions from eminent people is the biggest challenge faced by a new, commercially unproven, technology like green hydrogen in India. Prospective investors become apprehensive about making any investment in such a technology where experts are not aligned in their thoughts, even though no one can say for certain whether green hydrogen is the future of clean energy or not.

Green hydrogen should be introduced in India in a phased-wise manner, beginning with use of all forms of hydrogen and then gradually moving towards green hydrogen. Such a move will give the economy ample time to prepare and experiment with hydrogen while at the same time does not burden the users to use the most expensive form hydrogen produced, right from the beginning.

Cost is another huge hurdle which requires to be overcome before green hydrogen can be successfully integrated in India. Throughout the green hydrogen value chain, ie, production, storage, distribution, and end-use, the costs of building new, hydrogen compatible infrastructure, will require heavy investments both by the government and the private players. Lack of financial resources and investment capacities in India is one of the prime factors slowing the adoption of green hydrogen here. However, steps taken by the government towards production incentives, PLI Scheme, storage, distribution, demand creation, etc, will eventually attract investment in this sector.

Skilled workers play a pivotal role in the success of any new technology or area of commerce. India is relying on its young workers to fuel the expansion of its economy over the next few decades. The green hydrogen field would require highly trained and a specialized workforce to drive a faster adoption of the technology. This means even before the technology becomes mainstream, India needs to begin training and upskillinga substantial number of its youth in this fieldfrom institutes of repute like the Indian Institutes of Technology and they need to develop and modify their curriculum to impart knowledge and know-how necessary to build the green hydrogen economy in India.

A large number of Indian institutes of excellence and research bodies are currently researching on green hydrogen economy and its ancillary systems. These institutes and research organisations can also impart necessary specialized training to students and professionals in the green hydrogen field and prepare a workforce capable to take on any work in this field.

The Indian government is exploring several clean energy initiatives to reduce our carbon footprint and reduce emissions, and bring about a major reduction in energy import costs for the country. This means that the government is keen on supporting and advancing all forms of clean energy, ie, battery technologies, ethanol, methanol, alternative fuels, bio-fuels, biomass, battery swapping, hydrogen, and others. With its hands dipped in all forms of clean energy, the Indian government is unable to focus on any one form of clean energy. Competing nature of such systems creates a certain amount of confusion in the energy sector and new entrants to this sector are hesitant to make any bets on a single technology.

Where the Government budget remains unutilised for one clean energy technology, at the same time necessary support and budgetary allocation is not made for a different clean technology as the government faces budgetary shortfalls. Take the instance of the Faster Adoption and Manufacture of Electric Vehicles in India scheme (FAME India) which was allocated INR 10,000 crores out of which about INR 1,000 crores was meant to be spent on vehicle charging infrastructure between 2019 to 2022, however, the government was able to spend only about INR 20 crores to build charging infrastructure till February 2021 as per RTI responses received. Such mismatch in budgets is a result of uncertainty in the success of any single clean energy technology and neither the government nor the industry can determine or predict today, what would be future of clean energy technologies in the coming decades. Both FAME India scheme and the National Hydrogen Mission can exist simultaneously in India and so can the several forms of clean energy technologies.

Finally, the biggest concern for adoption of green hydrogen would be the oil and gas lobbies and the Oil Marketing Companies (OMCs) whose primary goal is to sell oil and gas. Expecting them to switch over to the green hydrogen economy or even promoting it would be a conflict of interest for the OMCs, threatening their relationships and business networks both domestically and internationally. The OMCs are investing only a fraction of their profits into green hydrogen R&D and the conflicting nature of oil & gas business with green hydrogen will cause humongous delays in the adoption of such clean energy technologies. Pre-pandemic, in 2020, the Government of India sought over INR 19,000 crores from the OMCs as dividend, if the government would reinvest even a quarter of such dividend annually in the creation of a green hydrogen economy, then it would benefit the sector tremendously. The government should ideally incorporate a separate entity to carry out R&D in green hydrogen and transfer the existing technology and assets from the OMCs to this new incorporated entity. This would create a conflict free enterprise which could concentrate and focus all its resources into building a wholesome green hydrogen economy in India.

The road ahead for the adoption of green hydrogen in India may be filled with challenges, but the nation is today ready to adopt cleaner, indigenous fuels towards becoming an energy independent nation.