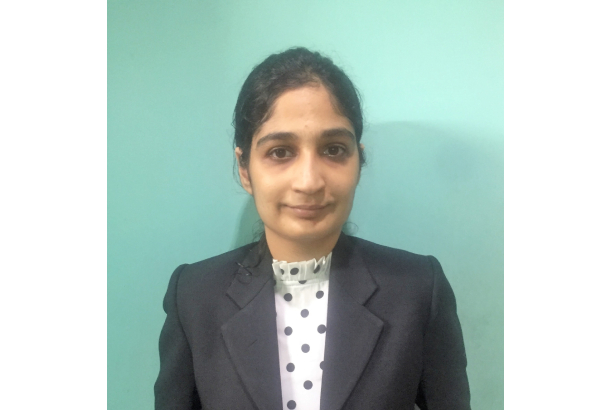 Is the cement sector back on track to pre-Pandemic level?
The Cement sector has witnessed a strong recovery starting from 2QFY21 after being hit hard by the pandemic induced disruption in 1QFY21 (volumes down 30% yoy). Volume growth returned in 2QFY21 itself with 5% growth yoyafter which the pace of growth picked up in 2HFY21, restricting decline in demand 2-3%yoy for FY21. The listed universe, that accounts for 75%-80% of the total industry volumes, reported 44% yoy growth in sale volumes in 1QFY22. While the optically high yoy growth is on account of the exceptionally low base of 1QFY21 marred by stringent lockdowns, volumes during 1QFY22 were 1% yoy higher than in 1QFY20 (the last normal 1Q), despite the the second wave affecting economic activity in 1QFY22. Demand in the Southern region was hurt by relatively stringent lockdowns certain states coupled with heavy rains. Sector capacity utilisation stood at 71% in 1QFY22, 400bp lower than in 1QFY20 mainly due to the impact of the second wave. The central region saw a significant pick-up in affordable housing as Uttar Pradesh completed 0.6 million units in 1HFY22 (FY21: 0.04 million units), given the upcoming state assembly elections.

We are seeing a gradual shift by cement manufacturers to alternate energy, waste heat recovery system.  How is this benefiting the cement manufacturers?
One key trend that has been observed in the past few years is increasing focus towards green initiatives like increase in the proportion of green energy in the power mix given the significant cost savings it brings. The average cost of WHRS-based power is around INR1/unit compared to INR6-8/unit for grid power and INR3-5/unit for thermal power plant. Besides, with increasing fuel prices, WHRS is key to control costs. Over 450MW of waste heat recovery system is likely to come on stream over the next couple of years, which is an increase of around 80% over the existing level. However, an effective WHRS set up requires kiln utilisation of around 80% and thus lower capacity utilisation might constrain the benefits. Another focus area has been increasing the proportion of alternate fuel like hazardous waste, tyres, biomass, plastic waste, etc.

Your take on cartelization and increasing raise in cement prices
Cement prices have demonstrated resilience with only 3 instances of yoy price decline in the past 15 years, with the quantum limited to 2%. The long-term average has been in line with change in overall WPI. Cement realisations averaged 2% yoy higher in FY21 on a pan-India basis while the prices were strongest in South. Despite a higher demand, Eastern region witnessed a decline in realisations with the influx of supplies. With a robust demand and an increase in input costs, blended realisations increased 4%yoy in 1QFY22, aided by entry prices supported by the strong March 2021 and a quick recovery after the second covid wave. However, the realisation increase is unlikely to match the increase in input costs in FY22.
With cement prices remaining strong amid the pandemic, the CCI initiated an investigation into alleged anti-competitive behaviour. CCI had, in 2016, imposed penalties on several large cement companies and the Cement Manufacturers Association for alleged cartelisation which was later stayed by the Supreme Court. Ind-Ra believes that any penalty could involve a protracted legal process and a penalty to the tune of 0.5x net profit of FY20/FY21. This could lift FY22 leverage of Ind-Ra’s rated universe by around 0.3x.

What is your assessment for the remaining three quarters? Where will the maximum demand for the sector come from?
Ind-Ra expects cement demand to grow by 11-12% yoy in FY22 after two consecutive years of flat to negative growth. Cement demand to GDP multiplier is likely to come in at 1.2x, compared to trailing 15-year average of 0.9x. While the demand resilience in FY21 was largely driven by rural housing, which was the only segment to grow in the pandemic-hit year, demand from infrastructure segment is also likely to pick up in FY22. FY22 budget has demonstrated government’s focus on infrastructure growth with 26% increase in capex spending to INR5.5 trillion. While the real estate sector receives some support from the extension of tax incentives on affordable housing by a year to March 2022 and the extension of exemption to affordable rental housing projects, demand from urban housing is likely to remain lower than the FY20 base. Commercial and industrial demand (12%-14%) is likely to recover only gradually with continued adoption of remote working for a large part of 1HFY22 in the aftermath of the second wave that also dented footfalls. Ind-Ra believes that demand in the eastern region will continue to grow the fastest in FY22, with rural housing likely to be a key driver. The central region is likely to witness good growth in the next couple of quarters, driven by a higher push towards affordable housing and infrastructure in Uttar Pradesh. Urban focused West has been the worst impacted and is likely to see a slower pace of recovery.
The quick recovery and low additions in the past couple of years fuelled capex plans with a supply pipeline of around 70mnt over FY22-FY23, which is the highest ever two-year addition since FY11.Yet, utilisations are likely to remain at 66%-67% in FY22-FY23 (FY19: 70%, FY20: 67%, FY21: 64%), which should be a supportive backdrop for industry profitability. Encouragingly, the bulk of the capex is concentrated in regions which are also witnessing a higher demand or higher capacity utilisations such as East and Central respectively than South or the slow-growing Western region.
In terms of profitability, EBITDA/mt came in at INR1,241 in FY21 (FY20: INR1,030/mt), aided by an increase in realisations as well as a moderation in costs. The strong EBITDA/mt coupled with flat volumes led to 21% yoy growth in sector EBITDA in FY21. With South-based companies leading the pack on a low base. Despite a rise in input costs, EBITDA/mt of cement companies continued to increase in 1QFY22, with the listed universe hitting a new high of INR1,375/mt (1QFY21: INR1,292/mt, 4QFY21: INR1,217/mt). However, Ind-Ra expects EBITDA/mt to decline by around INR150-200/mtyoy for FY22 with fuel prices sky-rocketing during the quarter and most companies exhausting their low-cost inventories that has restricted the impact of rising costs in the past few quarters. While most companies are setting up waste heat recovery systems (WHRS) to structurally reduce power cost as well as reliance on external fuel purchase, the same is likely to only lessen the blow of higher fuel prices. However, given that the EBITDA/mt is likely to sustain at a higher than historical levels seen until FY20, Ind-Ra now steady deleveraging for sector companies.