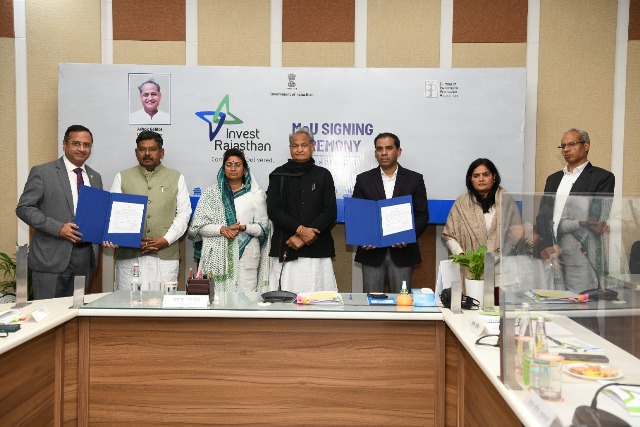 BPCL to set up 1 GW renewable energy plant in Rajasthan

Bharat Petroleum Corporation (BPCL), a ‘Maharatna’ & a Fortune Global 500 Company has signed a Memorandum of Understanding (MoU) with the Government of Rajasthan to set up a 1 GW Renewable Energy Power plant, as a major step towards the production of green energy in the state.

Bharat Petroleum has set itself the ambitious goal of "Net Zero" in Scope 1&2 emissions by the year 2040. The company plans to expand their renewables portfolio and reach 1 GW of renewable energy by 2025 and 10 GW by 2040.

Ashok Gehlot, Chief Minister of Rajasthan, expressed Rajasthan’s vision to create a positive space for investment in Rajasthan with a Green Imprint on it. He congratulated the working teams and encouraged to further augment this collaboration for sustainable economic development in the state.

Shakuntala Rawat, Minister of Industries assured full support from the Government of Rajasthan to all the investors present during the ceremony. She also emphasized on the steps undertaken by the Government in this regard.

BPCL’s 'Renewables' business unit is steering this voyage to help the global efforts to curb global warming, in line with the national climate commitments, and renewable energy has a pivotal role to play in this endeavor. The company is also accelerating biofuels in this pursuit. They are presently blending 10% Ethanol in Petrol, with a target to reach 20% blending by 2025-26.