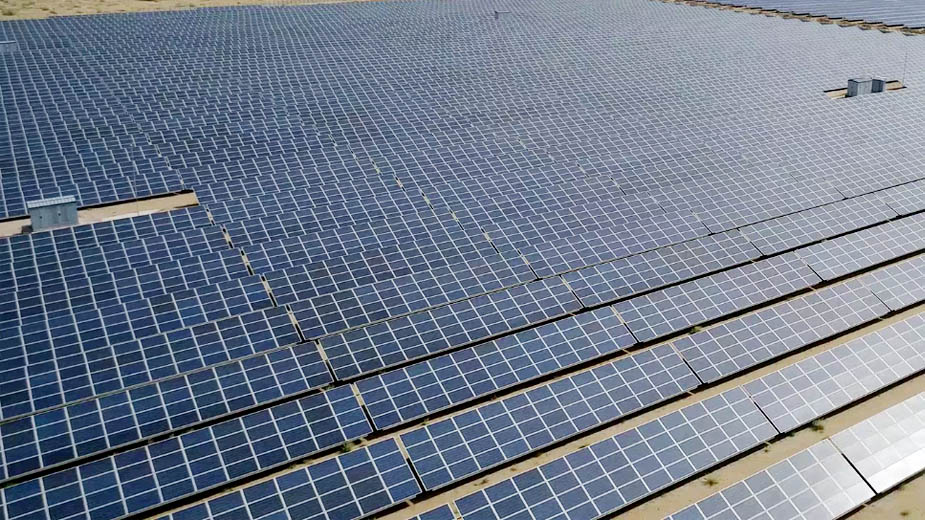 The Asian Development Bank (ADB) and the ENGIE group have signed a long-term loan of up to 4.66 billion Indian rupees (about $65.5 million) to construct and operate a 200-megawatt alternating current solar photovoltaic-based power plant at Raghanesda Solar Park in India’s western state of Gujarat.

The agreement was signed by Principal Investment Specialist at ADB’s Private Sector Operations Department Mayank Choudhary and ENGIE group’s Head of Acquisitions, Investments, and Financial Advisory Phuntsok Wangyal. Electro Solaire (ESPL), a special purpose vehicle owned by the group, will implement the project. ADB, along with another international lender, will provide the entire debt required to construct the solar power plant.

“The project will enable the ENGIE group to expand its renewable energy capacity in India and send positive signals to global investors to continue supporting the growth of renewable energy in India,” said Choudhary. “The project is part of ADB’s ongoing support to India’s renewable energy sector and will help the Government of India meet its targets for non-fossil fuel-based electric power generation.”

“We are glad to extend our relationship with ADB to Indian projects, and the Raghanesda Solar Project is our commitment to the government’s non-fossil power generation efforts,” said Wangyal. “Apart from generating green power, the project will create about 1,200 direct and indirect jobs.”

The company is collaborating with the Government of Gujarat to construct the project and has signed a power purchase agreement for 25 years with the state government.

ESPL is expected to commission the solar power plant in the first half of 2021. Once commissioned, the power plant is expected to generate about 440 gigawatt-hours of electricity annually. This will help avoid nearly 385,000 tons of carbon dioxide emissions a year, which would otherwise have been generated by conventional fossil fuel plants.

ADB has been supporting the development of renewable energy in India since 2007, when it financed the first set of wind projects under the independent power producer (IPP) model. ADB has subsequently financed solar IPPs by assisting projects under the National Solar Mission and various state policies.

ENGIE group is a global leader in low-carbon energy and services, offering turnkey solutions in its key businesses. ENGIE Middle East, South & Central Asia, and Turkey has operated in the region for almost 30 years as a leading independent power and water producer. Its portfolio includes 810 megawatts (MW) peak of solar PV and 280 MW of wind power in India.